THE PSYCHOLOGICAL ASPECT : THE TILT

I – THE CONCEPT OF TILT: BEYOND THE LAYOUT

English to tilt means crack . Here is the definition given by our glossary : “Play stupid after being unlucky” . If this definition is correct it is not less fragmented. Caricature would a poker player on tilt is in a state of total loss of control, nervousness red face, throwing his computer out the window.Events are far from being as expressive. 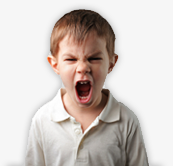 The tilt is far from being spectacular, but its consequences are still disastrous for your bankroll . Changing emotional status is insidious .

A feature of tilt is to be a protean concept that overlaps multiple factors (financial, psychological, personal, context …). The tilt is primarily focused on the idea of financial losses when the emotions take over on the ability to reason .

The notion of affect is therefore fundamental. ‘s tilt pushes to accelerate the process gain . This dynamic becomes small losses in catastrophic sessions. Eg you decide to play a final orbit, after a few bad hands. An hour later you’re still sitting at the table and your losses are drastically increased …

How many players have lost their entire bankroll? Tom “durrrr” Dwan is deemed pure propensity to tilter online or Phil Helmut and his famous “pétages sinkers” live.

II – LEARN TO EVALUATE ITS GAME: A GAME, GAME B, C GAME

There is a grid of simple reading to know the quality of the game: the concept of ABC games . 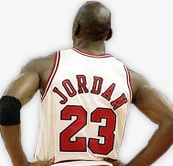 If the concept is pretty simple in theory, the practice may be more difficult. The boundaries are quite blurred between each game that you play. If A and C are clearly reconaissables game, most of your analysis work will be for you to identify your B game .

How many players say they never tilter? They simply ignore the concept of level of play is never passes directly from A to C game. Able to identify this level is to avoid wasting his bankroll. B game itself is divided into different strata. Nobody can claim to play his best poker every day. You should know to do with.

Here a battery of 10 recommendations that Yoda himself would not deny. 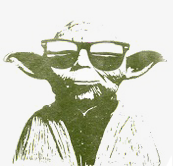 1. You know you should
How to clear the tilt you? Loss of aggressiveness, follow improbable runs, too bluffs of folds inconsiderate decisions not respond to any logic, players are taken into shade for personal reasons … The field of possibilities is vast. ‘s your know how to identify your faults to avoid .

2. Breaks thou shalt take
Breathing is good. Taking a break is better. Changing activity for a few minutes is the top (make a phone call, eat broccoli, iron his shirt … whatever). Know how a micro break during a session allows you to avoid too immerse yourself in this frustration. Not necessarily need to plan your breaks. When the irritation is the tip of his nose that is where it should stop.

3. A healthy lifestyle get
Playing sports, eat healthy, respect the cycles of sleep, keep your back straight … All this can channel the accumulated stress and avoid externalize around the tables . Play tired, hungry, or under the excitement you will tilter much faster. And at worst if it does not work, it is always a few years of life expectancy gained. 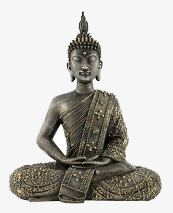 4. Your comfort zone you détermineras
To what extent are you more comfortable around tables? When did your actions cease to be natural and are no longer driven by your knowledge of the game? What are the losses in absolute terms are acceptable to you?Answering these questions is to make a giant step towards the blissful tranquility around the tables.

5. Money your mind you éloigneras
If your decisions are motivated only by the earnings factor intrinsically synonymous with short-term, it will be very hard to channel your emotions when twist of fate. The short term is not a viable indicator of the content of your decisions . It is highly recommended to play with an eye on the results of your session. Some players do indeed look quite often the next day.

6 In the long run you will think
is not overstressed: poker winnings are built over time. As bizarre as it sounds: a good session is not necessarily synonymous with gains. And conversely, a fish may experience very profitable game sequences. gains not soaring, they oscillate slowly but surely .

7. You will know
In other words do not overestimate your edge over your opponents. ‘s advantage that many players face their competitors is not as great as they think. A pair of Aces beats a pair of deuces four times out of five. In itself, this is not huge. Losing such confrontations several times in a session is commonplace. 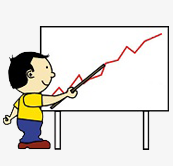 8. Your ego at the door you will leave
the competition and ego go hand in hand. But it you can play funny tricks. Just like the previous recommendation is important not trace his ego on the amount of its losses. Nothing is staff around tables! Do not try to “punish” a player for example. Nobody can beat the variance . And no one can claim to dominate a table being on tilt or unlucky.
9. Your game in question you will give
variance and tilt are used by many players to hide their deficiencies. Although the argument can be taken in good faith, we must face this harsh reality: few ostriches have won a bracelet at the WSOP. Keeping in mind that your game must constantly move creates a dynamic fact . Harmful elements are thus excluded: complacency, illusion of control, lack of enthusiasm …

10. Ta session you will stop
Rien ne va plus? Throw your chair by the window you itch? Want to howl in the middle of the night? It is time to turn off your computer. Playing too many hands in an emotional way will lead you right to ruin. Once the process begins, it is always difficult to stop . 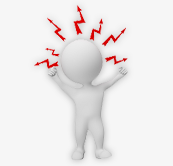 This paragraph will be shorter and for a simple reason: no one can defeat the tilt . Variance affects all players. We must accept that it can go after you leaving you helpless. Your emotions (anger, pride, frustration, joy, euphoria, mercy, nervousness …) should not be ignored but framed .

As the saying goes, better to repeat that contradict. Then we repeat the joy and good humor: you can not in the short term and even less on a single poker session tracing your game according to your financial results . And yes it is possible to gain tiltant. After all, touch a gutshot does not happen to others.

One of the few positive aspects of the tilt is that it lets you know what kind of player you are. Indeed such a Luke Skywalker confronting his parent to saber neon, it is a revealing test. Attitudes to tilt makes sorting between true poker players … and others.

In conclusion it is important to keep in mind these five intangible truths derived from “The Poker Mindset: Essential Attitudes for Poker Success” written by Matthew Hilger & Ian Taylor.

Understand and accept the realities of poker
1. Poker is a game that combines the skills and luck.
2. In the short term luck is queen.
3. In the long term skills dominate cheerfully.
4. In poker the edge is not huge.
5. The variance in poker is very high.